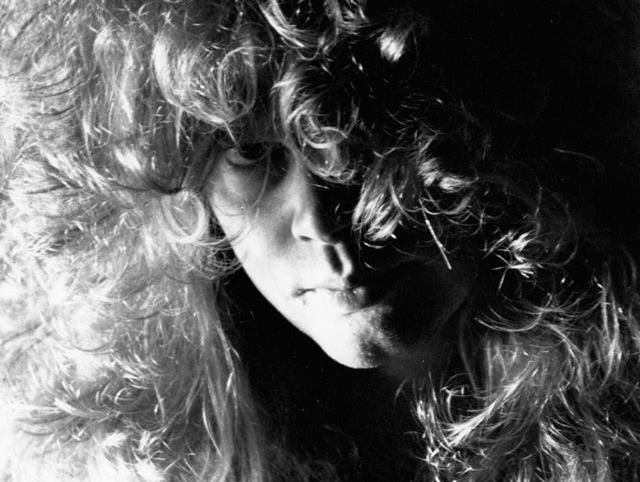 The Time I Almost Died (Part 2)

The next stop on the road to my impending almost-death was Edmonton. Not exactly the most direct route to our next gig in Fort McMurray, but Donny Drummer and Jack Soundguy (nee Lightguy) had hatched a secret plan to pick up Don’s second girlfriend from the bus station in Edmonton.

The rest of us were pretty annoyed because although Rose Hooker was nice enough, it’s never cool to have wives/girlfriends on the road. It’s part of the musician’s code. Contrary to what you might think, it  isn’t all about sexual availability. It’s mostly about “chicks are nuts”. Band chemistry is fragile at the best of times. It’s similar to a marriage among 4 people. If you add another person – especially one who isn’t contributing anything – friction becomes exponentially more likely, and it’s impossible to resolve because the guy with the girlfriend will have to choose sides in the inevitable argument between his woman and his bandmate(s). 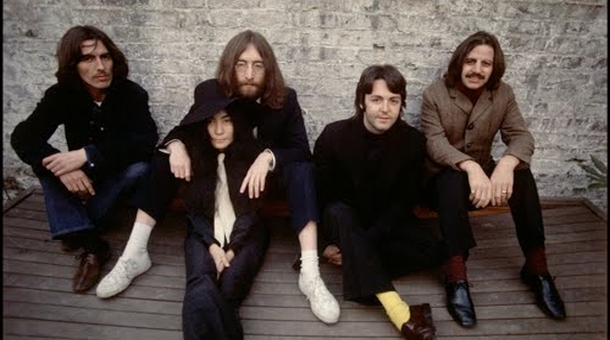 Sure, Ringo is smiling…but drummers are dense. Look at everybody else.

Anyway, it was too late to do anything about it. Rose was on her way. After we’d had a screaming match and another minor punch-up between Joe and Donny, it was agreed she could stay for the week in Fort Mac, but after that she was on the Greyhound back to the coast.

We arrived in Edmonton a couple of hours before Rose, so we decided to go grab some breakfast. Sunday was the travel day for every bar band in Western Canada, so we decided to take advantage of the “all those long hairs look the same” attitude that most hotel staff had. We pulled in to the Convention Inn South and marched into the restaurant liked we belonged there. We ordered the best meal we’d had in weeks, and we signed it all to the band rooms. The band who was actually booked there could sort it out the following Saturday when they got paid. They were “A circuit” and were making at least double per week what we were making on the “B circuit”, so the law of the jungle was fully in play. Rock and roll is a vicious game.

We were full, we were happy, we were sober for the first time in two weeks, and we were ahead of schedule. Even with our little detour to steal breakfast and get Rose, it was looking like we’d arrive in Fort Mac before dinner. It seemed like things were picking up for the Dodgers.

I’ve heard it said that ignorance is bliss. In my opinion, this old chestnut is not applicable when discussing the weather. The Bus had no radio so we didn’t hear any of the weather warnings. We had no idea what we were driving into, and what we were driving into was the worst blizzard in 10 years. To be truthful, we probably would have gone anyway because not going would mean another week without pay and not having a bed to sleep in.

About 3 hours outside of Edmonton, we touched the edge of the storm. About 3 hours and 10 minutes outside of Edmonton, we were fully socked in. Visibility dropped to a hundred yards or so, and as I mentioned earlier, The Bus only had a west coast heater. It wasn’t long until all the windows were frosted over except for a basketball sized area for the driver to look through. We had diverted all available heat to that single vent by stuffing socks and t-shirts into the other vents.

Highway 63 is a precarious 440-kilometre stretch of road. It’s currently nearing the end of a multi-year twinning, but at the time it was a two-lane undivided highway notorious for fatal collisions. Not only was there no centre divider, but the shoulders were particularly narrow and there was a sharp drop of roughly 3 or 4 feet from the outside edge of the shoulder down to the surrounding fields.

It’s colloquially known as “The Highway of Death”. At one point in the early 2000s, there was an average of almost one death per month on 63. Play this disturbing little game and keep your eye on the body count at the bottom of the page.

Johnny Guitar was driving, with Joe on his knees right beside the driver’s seat. He’d have preferred to be driving himself, but we couldn’t pull over safely to make the swap. The situation was freaking Joe out, and he was nervously chattering encouraging comments like “easy Johnny…eeeaaasssyyy”. Jack and I were right behind the drivers seat, trying our best to not be hysterical. Donny and Rose were in one of the bunks. We couldn’t hear them having sex, but we could smell them.

There was a tanker truck in front of us, and Johnny’s strategy was to maintain a following distance of about 100 yards. At that distance, he could see the tail lights of the tanker but still have time to stop if necessary. Problem was, whenever a truck roared past in the opposite direction, its draft would throw a bunch of snow up into our basketball hole and we’d lose sight of the tanker for a few seconds. Still, it was the best available strategy, and it was working well until the time the basketball hole cleared up and we saw that the tanker truck’s lights were about 20 degrees to our left.

John did his best to smoothly correct our course, but he overdid it a little and The Bus broke loose and started to fishtail. First, a little bit to the right. A panic induced overcorrection swung us hard back to the left, until we were briefly travelling down an icy highway at a 45 degree angle doing about 80 Km/h . If there had been a truck coming at that instant, it would have ploughed through The Bus. Combined speeds of The Bus and the truck would have been about 160 Km/h. Combined weight (assuming the truck was loaded) could have been as much as 135,000 pounds. The impact would have been colossal.

This, but much, much bigger.
Watermelons = our skulls

With Johnny flailing to steer into the skid, we fishtailed back to the right. The right rear wheels went past the shoulder and over the embankment. Momentum and gravity took over, and the left rear wheels followed milliseconds later. The back end of The Bus was now 4 feet lower than the front, and still doing at least 70 Km/h. All the weight of our 50,000 watt P.A. was in the rear, so the front end snapped up into the air, seesaw style. I remember feeling weightless, like you do at certain points on a roller-coaster. 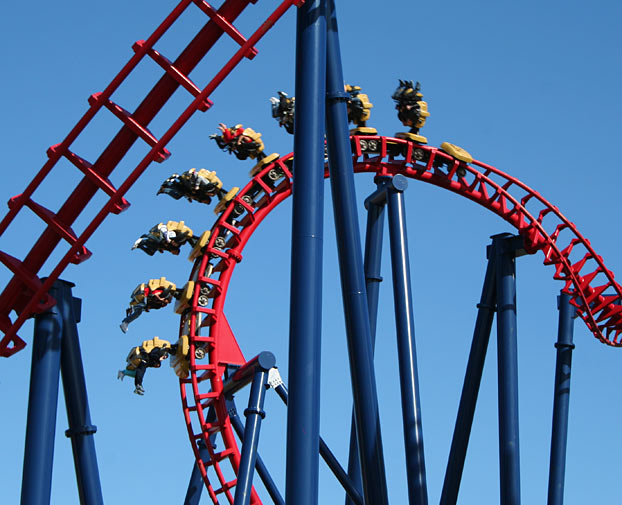 Definitely more fun than flipping a school bus in a blizzard.

The next thing I knew, Jack and I were slamming into the moonroof. What I didn’t know was that The Bus was now upside down. The moonroof shattered when The Bus hit the ground, leaving Jack and me lying in the snow, watching The Bus roll away from us. It almost had enough momentum to roll onto its wheels, but not quite. It teetered on the left-side wheels for an instant, and then rolled back toward us, and ended up lying on its left side. If it had come back all the way onto its roof, Jack and I would have been crushed.

Everything was quiet for a while. I’m not sure how long. I slowly became aware of the cold and the wind and the snow. I frantically spun around looking for Jack, and saw him about 10 feet away from me. I crawled over to him. The look in his eyes made it clear he wasn’t comprehending our situation in any way. His arm was bleeding, but other than that he seemed uninjured.

Where were the other guys?

Then I saw Joe walk out of the moonroof, closely followed by John. They could walk and they weren’t bleeding badly. Relief. That was four of us accounted for…but where were Donny and Rose?

“WHERE’S DON AND ROSE?”, I yelled at Joe. This seemed to shake him out of his daze. As he turned to go back into The Bus, that’s when we heard Don screaming… 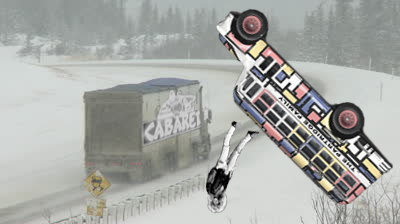 Next…the conclusion of “The Time I Almost Died”