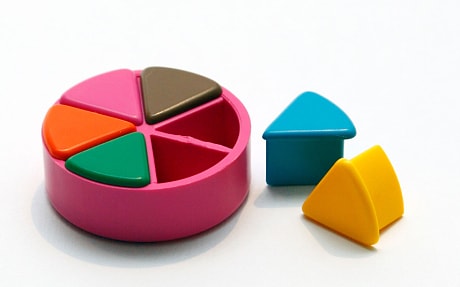 In the last couple of weeks, a couple of people have told me my brain is full of lots of “useless information”. I don’t feel like it’s said with malice, but rather a lack of vocabulary, or a lack of empathy, or maybe a lack of ability to think beyond their own elbow.

My view is that there is no such thing as “useless information” or “trivia”. I’m told some people think I’m a smart guy, but I’m not. If I was smart I would have done something smart with my life by now. What I actually am is a well-read and curious man with a better than average memory. Smart people discover things and invent things and explain things. All I do is remember things.

I don’t believe my brain distinguishes between “good information” and “useless information”. The value of information is relative. In some situations, it can be evaluated as useless. In others, that same information is critical, even if it simply means having the ability to participate in a conversation.

At my day job, I am the “go to guy” when questions come up about music or geography or politics or science. I can’t tell you how many times I’ve heard the phrase “Ask Aye. He’ll know”. And yet the same people seem to have doubts about my knowledge when it comes to questions about the business. I’m seen as having a lack of focus, or as being shallow. Well…the ocean is shallow at the shoreline. You have to go further out to discover how vast it is. If you don’t have the courage to explore, you’ll find yourself thinking the ocean never gets any deeper than the point at which you feel safe.

In my experience, most people have a bias that’s a reflection of their own lack of knowledge and perspective. They know what their company does, and what they are personally involved in, but not much else. They assume any knowledge beyond that is “useless”. I kind of feel sorry for them, as any topic other than business, their kids, wine, or golf is of little value.

So it seems that part of my “problem” is that I find everything interesting, and the world of business only values people who have a narrow field of knowledge that relates specifically to the business at hand and possibly one or two other “leisure” topics that can be discussed ad-nauseum. Depth, but no breadth. Whereas I’m interested in how industrial air conditioning works, and how Chinese medicine works, and how the English language sounded 300 years ago, and how model railroads work, etc.

I have elected to not give a single shit about wine, because it’s a drink, and that’s all. Nobody posts on Facebook about how they and their friends all had a fantastic glass of cola. Most people use wine as a social signal to prove that they’re middle or upper-class white folks who can’t deal with their life without the crutch of alcohol, but that’s a rant for another time…

My point is this: be curious. Information is more available now than it ever has been. You don’t have to try very hard to learn new things. I’d suggest you have to try harder to NOT learn new things. People love to talk about themselves, so encourage them to do that. When they do, don’t just hear them, but listen to them. Unless they’re talking about golf or wine, in which case you should encourage them to shut the fuck up.

Make a conscious decision to broaden your knowledge base, and then invite me out for coffee to chat about the new thing you learned. None of it is “useless”, and if you think it is then you will have proven that the only useless thing in the room is you.