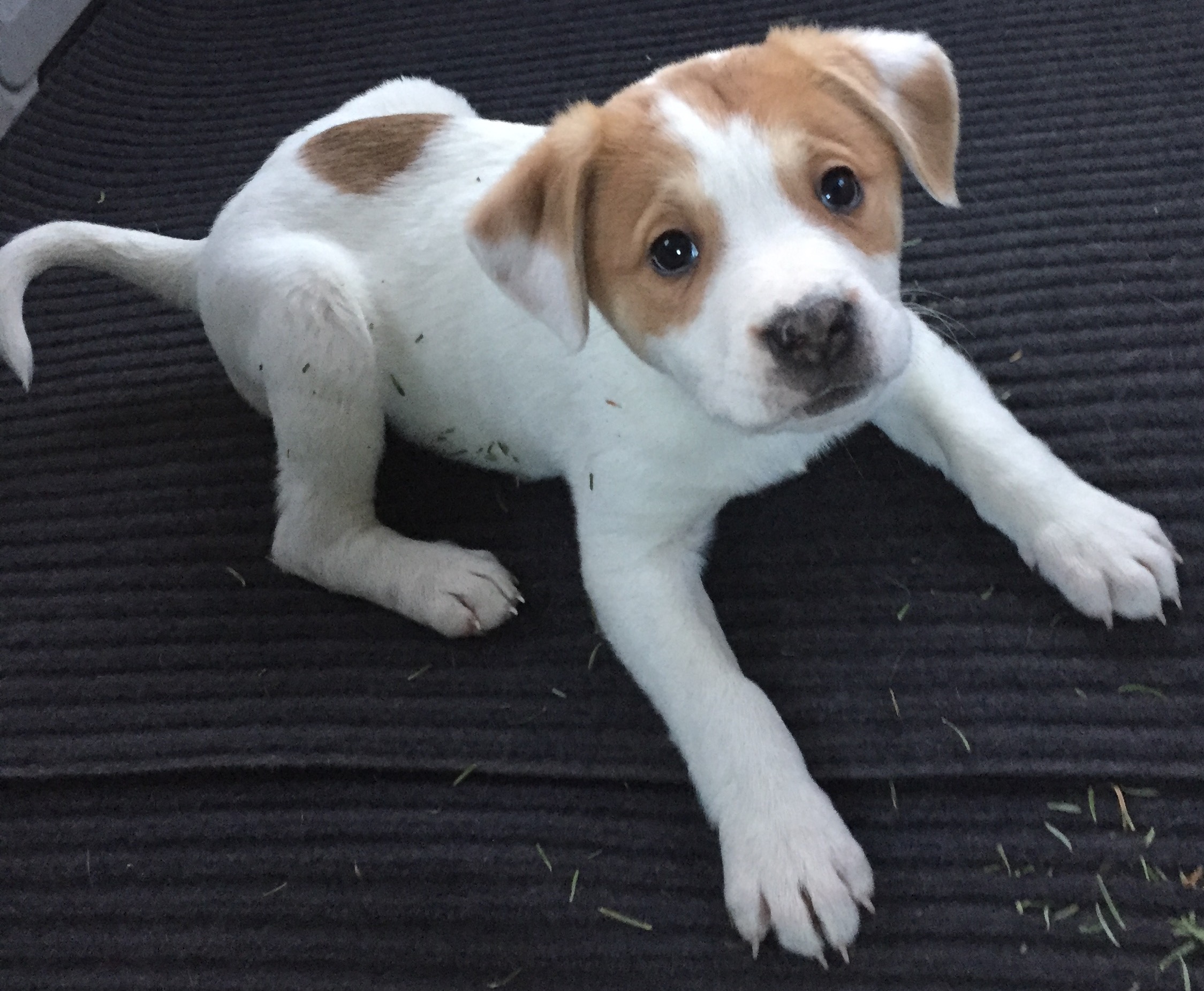 We knew the end was near for Zeke, and the discussion turned to what our life going to look like when he was gone. Ja wanted to try going without a dog for a year. That would allow us to travel without having to save extra money to pay for a kennel*1I’m not talking about exotic trips. I’m talking about going to Sylvan Lake for the day, or Jasper for a weekend. I favoured a shorter time frame, waiting until late spring or early summer*2Because I didn’t want to house-break a new pup in the dead of winter.

Ja started looking at dogs online the day after Zeke died. It’s her way of dealing with the loss of a pet. I think it gives her hope and takes away the sting of his absence.

I moped around for a couple of weeks, pretending to look at the dogs she was showing me. Every night at bedtime I’d say, “I miss him. Not having a dog sucks”. Still, I was determined to honour Zeke’s memory by having a “proper mourning period”, whatever that is.

Three weeks later, we were both ready to adopt a new pup. When you’re used to having a dog around, not having one leaves a void. It’s a space in my soul that I can physically feel. Anybody who’s lost a loved one knows what I’m talking about. It took time, but I eventually realized that Zeke wouldn’t want me to be sad. Giving an orphan a good home would please him. 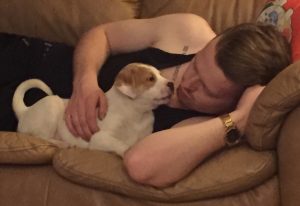 Oui and Alice on day 1

We tried to get a couple of pups from the animal rescue places like AARCS and ARF, but those doggies get adopted pretty quickly. We ended up on a couple of waiting lists, but we had a deadline; it was Saturday, December 17, or not until spring. None of us wanted to get a new family member, and after the weekend was over, leave her alone in a crate for 8 hours while we went back to work.

Oui is off work until the beginning of January, and the rest of the family is off from December 23 – January 2, so she’ll have her new humans around for a few weeks to help her feel comfortable and learn where to go to the bathroom.

She’s 9 weeks old now, and is a very happy little soul. It took her no time at all to integrate into the family. As soon as we got her in the van, her attitude was “So you’re my new people huh? Cool. Where are we going?” I was expecting lots of whining the first night because I thought she’d be missing her brothers and sisters, but no…she just curled up beside me on the bed and went to sleep.

She has a beautiful personality and she’s a beautiful dog. I think Zeke and Oreo would approve. Having a dog makes the house feel whole again.