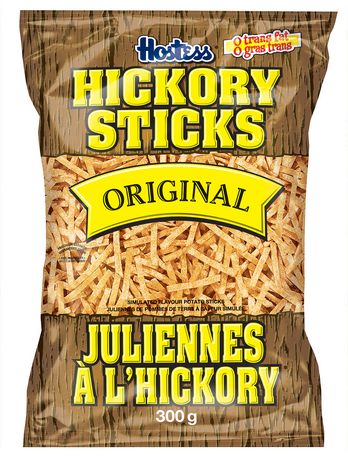 We have a padlock on our back gate. The key for it hangs by the back door. I’m the one who uses it most of the time because I’m the one who takes the garbage out. Tonight, I went to do just that and discovered that the key was missing. This is problematic for a couple of reasons, the most obvious being that I couldn’t blame anyone else for misplacing it. 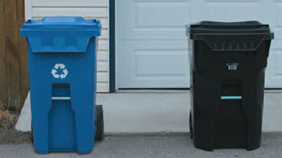 I have an extra key on my keyring, so I was able to open the gate and get my chores taken care of. But it was bugging me that I’d lost the original. I dumped everything out of the recycling and garbage bins, thinking I might have absent-mindedly thrown the key in. Sometimes I’ll find I’ve left my cup of coffee in the fridge, or a sandwich on top of the bookshelf, so retracing my steps made sense.

There was no sign of the key in our other man’s treasure, so I came inside and searched through all my pants pockets and jackets. I searched the bedroom and living room, cursing my forgetful brain the entire

No luck. The key was gone. Not a huge deal really, but I dislike replacing things that still work. Without a spare key, the lock needed to be replaced because there’s no doubt I’d lose the only remaining key and then I’d be sawing the padlock off the gate. Probably when it was -40 and dark.

I made a face that nobody saw, and said some words that nobody heard, then went back inside to sulk. 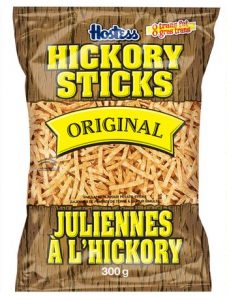 “Hey Joanne…are those Hickory sticks? The mayor called and said you’re supposed to share them with me.”

I took a handful of the salty, smoky joy. One of the little critters was still alive, and it jumped out of my hand and tried to hide between the couch cushions. When I stuck my hand down to retrieve it and return it to its rightful owner (my stomach), a miraculous thing happened; I also found the key to the padlock. It had obviously fallen out of my pants pocket the last time I’d used it because I’d forgotten to put it back in the fridge or on top of the bookshelf. Without Hickory Sticks, I may never have found the key.

That’s the kind of stuff that makes me believe in intelligent design. There’s no way an escaped Hickory Stick that results in finding a padlock key is coincidence or fate, in my opinion. That’s evidence that there IS a higher power, and that higher power is sometimes looking out for me, and it just gave me a little fist bump for putting up with all your shit.