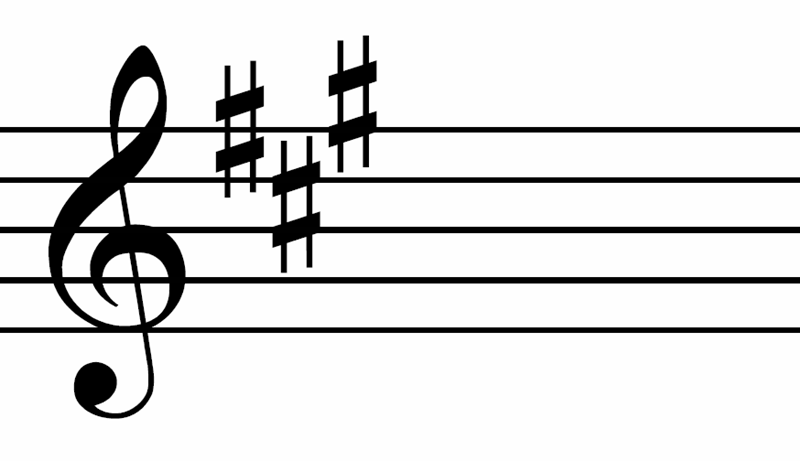 I was listening to Mozart as I wrote this post. Classical music helps me focus.

It’s been interesting to discover how being completely miserable at work affected so many parts of my life. Parts that I’d never have expected. The best thing I can think to call it is “pervasive misery”.

I’ve stopped having nosebleeds every day. I’ve also stopped sneezing every few hours. I suspect the former and the latter are related, most likely caused by poor air quality in the office. I haven’t had a headache in 6 weeks. I’m sleeping the same amount of hours, but feel so much more rested. Those are tangible health improvements, but I’m also finding that other things in my life are correcting themselves. I hadn’t realized that my job*1More specifically, my awful, awful ex-boss had dampened my love of music.

For all the years I was taking transit to and from work, I heard a LOT of music. In hindsight, I was using it as a defence mechanism instead of food for my soul. I’d put in the earbuds*2Not known for having good depth or width AKA soundstage, close my eyes, and pretend I wasn’t where I was. It took conscious effort, and that effort distracted from hearing the music.

Since I do not currently have a scheduled bed time, I find myself staying awake a little longer*3Usually about 1 AM and listening to music on my good Sennheiser headphones. Really listening, like I used to when I was a teenager.

It’s become a bit of a ritual. I vape a little bit of Indica, turn off all the lights, and steady my breathing for a few minutes. Once Alice settles down and is curled up beside me, it’s “go time”.

I’ll usually pick an album instead of a mixed playlist, and listen to the entire thing in order. I’ve done two theme weeks so far: All six Roth-era Van Halen albums and all seven Bon-era AC/DC records*4including the 74 Jailbreak EP and the If You Want Blood live album. Next week I’m going all Biffy Clyro. The Beatles are on deck, as is Zeppelin.

On an individual album basis, I’ve re-discovered how great My Chemical Romance‘s The Black Parade is. And The Cars first album. And Pearl Jam‘s Ten. And Thin Lizzy‘s Thunder and Lightning. And Louis Prima and Benny Goodman and Robert Johnson and Beethoven and Little Richard and James Brown and Ry Cooder and NWA and The Clash and Streetheart and and and…

One beautiful aspect of this habit is that there’s no reason for it to ever end or repeat itself. There’s so much great music, with more being released every day. It makes me feel happy to be alive. Music is one of the best things humans have to offer.

It’s counter-intuitive, but I’ve really been dropping the ball with The Music Omnivore. When I was working full time, I’d post every weekday*5Pro Tip: Posts are scheduled for 12:34 PM mountain time, because that’s how musicians count in songs; 1, 2, 3, 4…. I guess I was using it as a distraction from the dreary day-to-day. The last few weeks, I haven’t stayed on top of it. I think maybe I’ll set aside an hour or so every Sunday and schedule MO posts for the following week.

With the help of my friends Drew, Parky, Ellen, and Paul*6The guy solely responsible for the Music Omnivore concept, the Omnivore has 572 posts over the last couple of years, with very few repeats. Drew likes Social Distortion as much as I like Biffy Clyro and Parky likes The Strypes, so I’m positive those bands have multiple posts. Let’s call it 550 unique posts.

I’m thinking of winding it down and focusing on this site and zekeandtallguy.com. The Music Omnivore never really took off like I’d hoped. It feels like screaming into the void sometimes, especially on days where the site only gets 11 visitors. Maybe I’ll wrap it all up with Iron Maiden on post number 666. We’ll see. If you have any ideas on how I can get more visitors, I’d love to hear them. Or maybe I’ll just post less often and make it more of a “when I feel like it” proposition. Being dedicated hasn’t really made a difference anyway. I still really like the idea of the site.

There are certain songs that I can tell you note-for-note why I love them. Unintentional finger noise on guitars, particular drum rolls, vocal flourishes, etc. I’ve been thinking of adding an Omnivore feature called “Song Dissections” or something like that. I’ll break a song down into individual bars of music and point things out that make the music come alive for me. Things you may not have noticed before because you don’t have music OCD like I do.

Here’s an example of what I’m talking about:

In my opinion, Merry Clayton recorded the best backing vocal ever on “Gimme Shelter” by The Stones. No contest. On many occasions, I’ve looped this 11 second section over and over for 15 or 20 minutes.

She is pushing so hard that her voice cracks, and if you listen closely you can hear Mick in the background yelling “WOO!” because he knows how great that little part is. A lesser talent would have asked her to do it without the “mistake”, but Mick knows greatness when he hears it. It’s not “perfect”, but it’s perfect. I can’t imagine this song without Merry. She made it hers, and I bet the boys in the band would acknowledge that without hesitation.

Two seconds later, Charlie puts punctuation on the whole thing with his kick/snare pattern, and Keith holds an E then plays four delicious notes (E, C#, E, C#) that are so simple and so beautiful it almost makes me want to cry.

Thanks for your time. I truly appreciate it.