Last week I was having a problem with AlicePancakes.com;  I couldn’t upload any pictures. This is obviously problematic because pictures are a key element of each dog park review. So I went looking for solutions on how to deal with the “Cannot upload: HTTP error” in WordPress.

I found three or four potential fixes, tried each, and had no success at all. It turned out to be a quota problem. Although I have unlimited storage, there are hard limits on individual hosting accounts enforced by Plesk. The guy who runs the server I host on wasn’t willing to monkey around with settings because it could have created problems for other users. I get that. I’ve made the same decision for the same reason multiple times.

Left with no alternative but to get creative with my problem solving, I started experimenting. After a couple of days of trying to massage an elegant solution, I got frustrated and went for the delete button with the “Have you tried turning it off and on again?” method in mind. That was my biggest mistake. Instead of deleting only AlicePancakes.com, I deleted all my domains; websites, email addresses, databases…the works.

To make a long story short, I tried a whole bunch of things before taking the easy way out and clicking “Restore from Backup”. Nothing worked, but I learned a few things so it was valuable. After a few hours of this, I relented and took the best available solution of restoring a recent backup. Everything is back to normal now.

Aside from the technical things I learned, I also learned how much I hate IT. It’s mostly fixing problems. It’s not a very creative pursuit, and therefore is not satisfying for people who are wired like me. That being said, I’m glad I know a little about it because last week would have been very expensive if I’d had to hire someone to help me out, and therefore it wouldn’t have been fixed because I can’t afford to pay anyone for that kind of shit right now.

Still no action on the employment front. It’s becoming clear that I need to employ myself because nobody is offering me a regular paycheque. It’s kind of a bummer but also kind of a great opportunity. 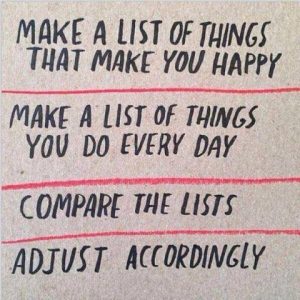 My friend G actually told me he feels envious of me. He’s been at the same job for almost 20 years and while he admits his employers have been more than great to him, he also wonders if “this is all he’s ever going to be”. That’s a legitimate concern in my opinion.

Some of us aren’t the right kind of people to thrive in a traditional job environment. Most of us, if you listen to how many people bitch about Monday mornings. It’s just that we all need money and selling your soul is the easiest way to get the bills paid. It seems myopic, though. The people I know who have the most money aren’t people who work 40-60 hours a week for “the man”. They’re people who found something they were good at and liked enough to pursue without it seeming too much like work most of the time.

I have the first part of that figured out. I enjoy writing. Now I just have to figure out how to get paid for it. It’s shitty that everything always comes down to money but that’s the system we live in. I’m not going to change it by being mad at it so I might as well make the best of it and make the system work for me.

I’m Having A Nervous Breakdown…

I’m into week three of my anti-depressant prescription. I’m not sure it’s having the desired effect but I have a follow-up appointment with my doctor tomorrow so maybe we’ll have to adjust either the dosage or change the medication.

It’s mostly making me feel really tired. I can easily sleep 10 hours a day so I have to force myself to get up and then get jacked on coffee to stay awake. That doesn’t seem right. It’s supposed to make me more motivated.

I put off dealing with how I was feeling for so long – years – because I didn’t want to succumb to the idea that I might be brainwashed by all the talk of mental health that’s happening lately*1and rightly so. The reality is that if a lot of people were getting the plague, simply wishing you weren’t one of them isn’t a very clever way of addressing the issue.

I have a lot of thoughts about the mental health crisis we’re currently seeing, and there’s a shit-ton more to my story than I’m telling you. I’m not ashamed of it but I’m also not ready to disclose the full story in a public forum. I’m also not ready to help anyone else through this so please don’t contact me asking for help. I need to take care of #1 right now. Go see your doctor. Don’t be afraid. You’d go see your doctor if you had physical pain, why not do the same for mental pain? “Toughing it out” is a poor option. I know because that’s what I tried. Eventually, it catches up with you and it’s not going to be pretty.

Fall is in the air. I can feel it. I can smell it. In a couple of months, it’s going to be snowing and cold. With each passing year, I find -20 harder and harder to deal with.

The only place in Canada that doesn’t get gawd-awful miserable for six months of the year is Vancouver Island. I can’t afford to live there right now, and it’s also too far away from mum and dad.

So despite my constant griping about cold weather and despite what House Hunters International would have me believe, I’m stuck here for the foreseeable future barring a financial miracle that allows me to move the entire family somewhere with a nice climate that’s also part of the British Commonwealth. 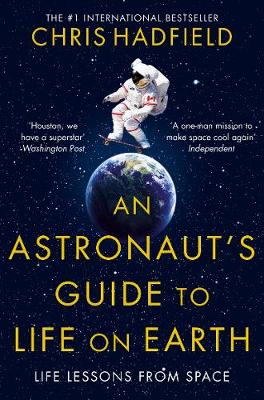 An Astronaut’s Guide to Life on Earth by Chris Hadfield

This book is educational, funny, inspiring, and easy to read. Colonel Hadfield knows how to make complicated ideas digestible for people who aren’t nearly as intelligent or motivated as he is. People like me.

There are uncountable great stories in this book. The one that sticks with me is the fact that he learned how to speak Russian because he had to learn orbital mechanics in Russia before he could take command of the ISS. Learning either one of those things on its own is impressive enough. Learning both is hard for me to process.

On top of all that, he comes off as being a humble and decent man. Truly someone to be admired.

Hopefully, there won’t be any more website problems and I can get next week’s dispatch posted on schedule.

Thanks for your time. It’s the most valuable thing you have and I really appreciate you giving me some of it.