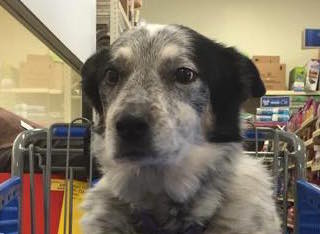 In Memory of Spotty Dog 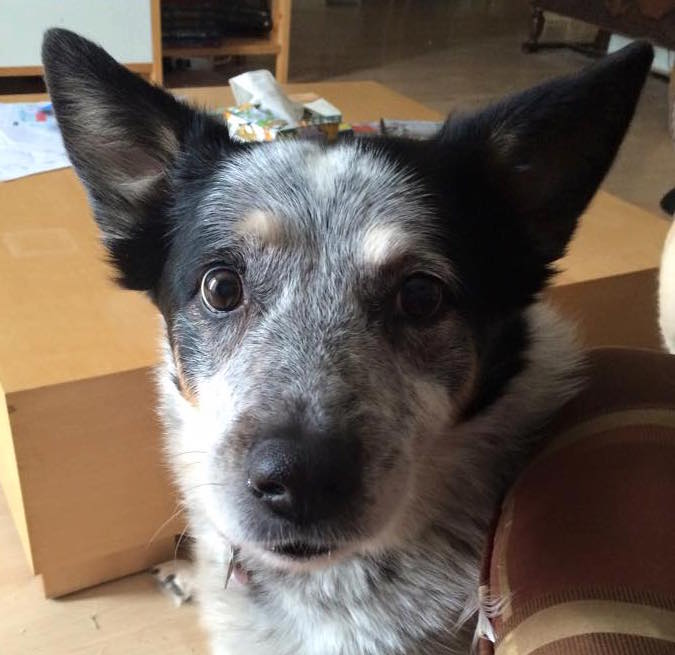 This one is for all you who have dog and cat friends, especially the ones who’ve had to do what we had to do tonight. I wanted to write it now, while the emotion is raw. I didn’t want to write reflectively and calmly.

When we get a new puppy or kitten, we forget about this part. Or at least I do. A dozen years or more seems so far in the future. When Oreo came to be part of our family 13 and a half years ago, Hunter was 7 and in first grade. Arizona was 10. Now they’re both adults, just starting their ride. Oreo has finished hers.

She’d been slowing down and having trouble walking for a couple of weeks when we took her to the vet. We thought maybe it was arthritis and we could give her some supplements or a prescription. But the diagnosis wasn’t so good, and the prognosis was bad. She had a belly full of fluid, which is often a symptom of liver disease or heart trouble. In the words of my life long friend (and veterinarian) Dr. Shelagh, “fluid in the abdomen is the result a lot of complicated things. None of them are good.”.

We got blood tests and urine tests and we got a sample of the fluid analyzed. There was more protein in her urine than her blood, which indicated her kidneys were failing. We got almost a litre of fluid drained, and our vet said we could do an ultrasound and maybe a biopsy, but all that would do is confirm. It wouldn’t change anything. There was no cure, only ongoing and expensive treatment, and she wouldn’t be able to do normal dog things. All this happened right around January 8. “Happy birthday. One of your best friends is dying.”

At this point we knew we had somewhere between 2 and 6 weeks until we had to make a really shitty decision. In the meantime, I carried her up and down the stairs so she could sleep in her normal place. I carried her down the stairs into the back yard so she could go to the bathroom and lay in the snow like she loved to do. Joanne held her back legs when she squatted so she wouldn’t fall back into her own pee and poo. I believe dogs feel dignity, and this wasn’t good for Oreo’s. She felt awful and blah most of the time. She quit harassing the cats. She quit trying to keep Zeke in line. She just laid around. Her brain was good, but her body was shutting down. It was a sad sight.

When I looked at her, I saw that little puppy that came home. I remembered sleeping on the floor beside her for the first few nights while she adjusted and was missing her brothers and sisters.

I remembered the time I threw what must have been 100 rocks into the stream at our campsite and laughed while she chased the splashes. I remembered not laughing when she tried to catch rock #101 and knocked out one of her front teeth. I remember laughing again as she barked and asked for rock #102, undeterred and apparently in no pain at all.

I remember taking her to the off-leash park for the first time, and her getting spooked by an overly playful older dog, and barreling back to me for protection. She forgot to stop or turn and took me out at the knees like a bowling ball, both of us ending up in a heap. I think that was the first time I swore at her.

I remember her getting attacked by a German Shepherd at the park and developing a lifelong fear of that breed.

I remember her showing Zeke the ropes when he came home. Or at least trying to.

I remember her smiling and making a noise that sounded a lot like “hello” whenever I came through the front door.

I remember the little growl she made when I said “good night Oreo” in her ear. Not an aggressive growl. More of a purr.

We packed a lot of fun and adventure into 13 years, and I hope we enriched her life even half as much as she enriched ours.

She was a great friend who never judged and never asked for anything other than some food, some water, some walks, and some lovin’. As a Border Collie/Australian Cattle dog cross, she was so smart. I kind of felt like we ripped her off by living in the city. She would have been a great farm doggie.

As I finish this up, I’m sobbing. Not like a baby, but like a man who just had to put one the best friends he ever had to sleep. My jaw feels like I’ve been punched out, and my head hurts like hell. Is what I’m feeling now worth it? Is it worth adopting a pet when you know you’ll feel like this one day? Yes. I think it is. Because despite how awful I feel right now, living life without a dog isn’t really living as far as I’m concerned. I guess I can handle a broken heart every dozen years or so if it means a dozen years or so of the best kind of friendship a human can experience. It was mostly pure joy, if you ignore that time she took a dump on the carpet right in front of the bedroom door and I had to clean it up at 4 AM. Or the time her kidneys started to fail.

Thanks for everything Oreo. You were a great friend, and I’m going to miss you a lot.